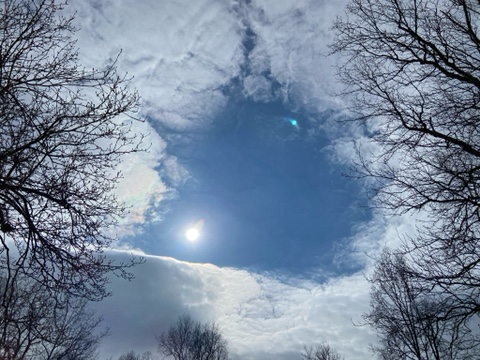 In A Journey into the Unknown, we have provided enough meaningful and practical information to shift identity from this to that, from person to spirit. Daily support for this transformation is also being provided.

We’ve proven that this can actually be done. The impossible is possible. It has taken great planning and the provision of resources. It is working and there is ample proof of this. Since you’re reading this, just take an un-apologetic view of yourself and see what has happened.

The question now is, how can we reach other spiritual people, religious people, humanists? How can we encourage them to take a taste of freedom from ideas, freedom from identity? This is what we will explore in this chapter.

The world is so much more intricately messy now thanks to the internet and social media. The subject of identity, both individual and group, has become more complicated due to amplification that platforms allow and provide, along with their ability to literally collapse time. Things that used to take days, weeks or months to reach the furthest points in the world, now take seconds.

There are certainly good and wonderful things about the internet and social media but as everyone has been witness to, there are negative things as well.

We want to bring our messages about the most important and crucial pieces of truth to everyone on the planet. We want to use our tools that are available to us, along with the instant publishing that is available, to make our point, without arguing about it. Uninitiated people will not understand any of it. Arguing would be their only response. Most would find the truth to be quite foreign and threatening, frankly.

Every aspect of the truth goes against the grains of upbringing, conditioning, religious indoctrination and some would say, common sense.

The truth is known to a relatively few people, who awakened and sought it out. First came this book, then another, then another, then a website, then a group, then a Zoom group, etc. etc. This is everyone’s common story when first being exposed to the truth and then being completely immersed in it.

There is only one truth, one set of irrefutable facts about identity, souls and the world at large. However, there are different flavors of the truth.

While there may be some who have dabbled in all of the different flavors, for the most part, particular people are drawn to a particular flavor. This means that certain people were drawn to A Course in Miracles, A Course of Love and finally A Journey into the Unknown. Certain others were attracted by the mystical eastern teachings. There is a growing group that found truth in astrological energies. There is a group dedicated to the teachings of a popular author who based some of his teachings on A Course in Miracles. There are various teachers of A Course in Miracles who have attracted a following. Finally, there are a very few who found truth in one or more of the world’s religions, including non-traditional ones.

Exact beliefs may vary within all of the aforementioned groups and there may be minor or major differences of opinion about various topics. However, most members of these groups would agree on core principles of the truth (Chapter One of Book Two).

We aren’t asking anyone to stop believing in whatever they may believe in. We are, however, asking those with willing hearts to set their beliefs to the side. Beliefs are just thoughts. They are taught and sometimes, they are just developed individually, based on experience.

However these beliefs came into being, we are just asking that they be gently set aside, so we can form a larger collective group that is brought together by a knowing that we all share. This knowing is that love is all there is and that each of us is a part of love. If we can agree on this one principle, this one truth, then we can agree to disagree on everything else because they are really neither here nor there.

If someone knows that only love is true and they think the world is an illusion, can they still be a source of love in the world? We think so.

If someone knows that only love is true and they believe that they are an alien disguised as a human, can they still be a source of love in the world? We think so.

If someone knows that only love is true and they believe that only good people will go to heaven when they die, can they still be a source of love in the world? We think so.

Our point is that beliefs should not be so powerful that they prevent love from being expressed. There are many wonderful, loving people on earth who have all kinds of beliefs about a great many things. These have at times, stopped love from flowing from one individual to another, from one group to another. Now, we have a proposal.”